The Crank-Connecting Rod System in a Continuously Rotating Machine

Earliest Application in 1206 by Al-Jazari

The crank is the most important single mechanical device after the wheel. It transforms continuous rotary motion into a reciprocating one. Hand operated cranks were known for centuries, but the incorporation of a crank-connecting rod system in a rotating machine had a different story.

The invention of the crank-connecting rod system is considered by historians of technology to be the most important mechanical device of the early fifteenth century in Europe. Bertrand Gille says that this system was unknown before that date and this had considerably limited the applications of mechanization.[1]

Conrad Keyser (d. c. 1405) described in his book Bellifortis a hand mill operated by the crank and connecting rod system. But Francesco di Giorgio Martini (1439-1502) in his Treatise on architecture illustrated a saw for timber driven by a water wheel in which the crank and connecting rod system was applied for the first time in a continuously rotating machine.[2] (Fig 1).

Leonardo da Vinci (d. 1519) incorporated a crank and rod in his designs. Ramelli also used the crank-connecting rod in a pump in his book of 1588.[3]

In 1206 the crank-connecting rod system was fully developed in two of al-Jazari’s water raising machines. This is about three centuries prior to Francesco di Giorgio Martini. In al-Jazari’s fourth machine (Fig 2) [4] the draw bar of an animal rotates a vertical axle. On this axle is a gear wheel meshing at right angles with a second wheel mounted on a horizontal axle which has a crank fitted to it. The free end of the crank enters a connecting-rod under the channel of a flume-beam swape the scoop of which is in a pool. 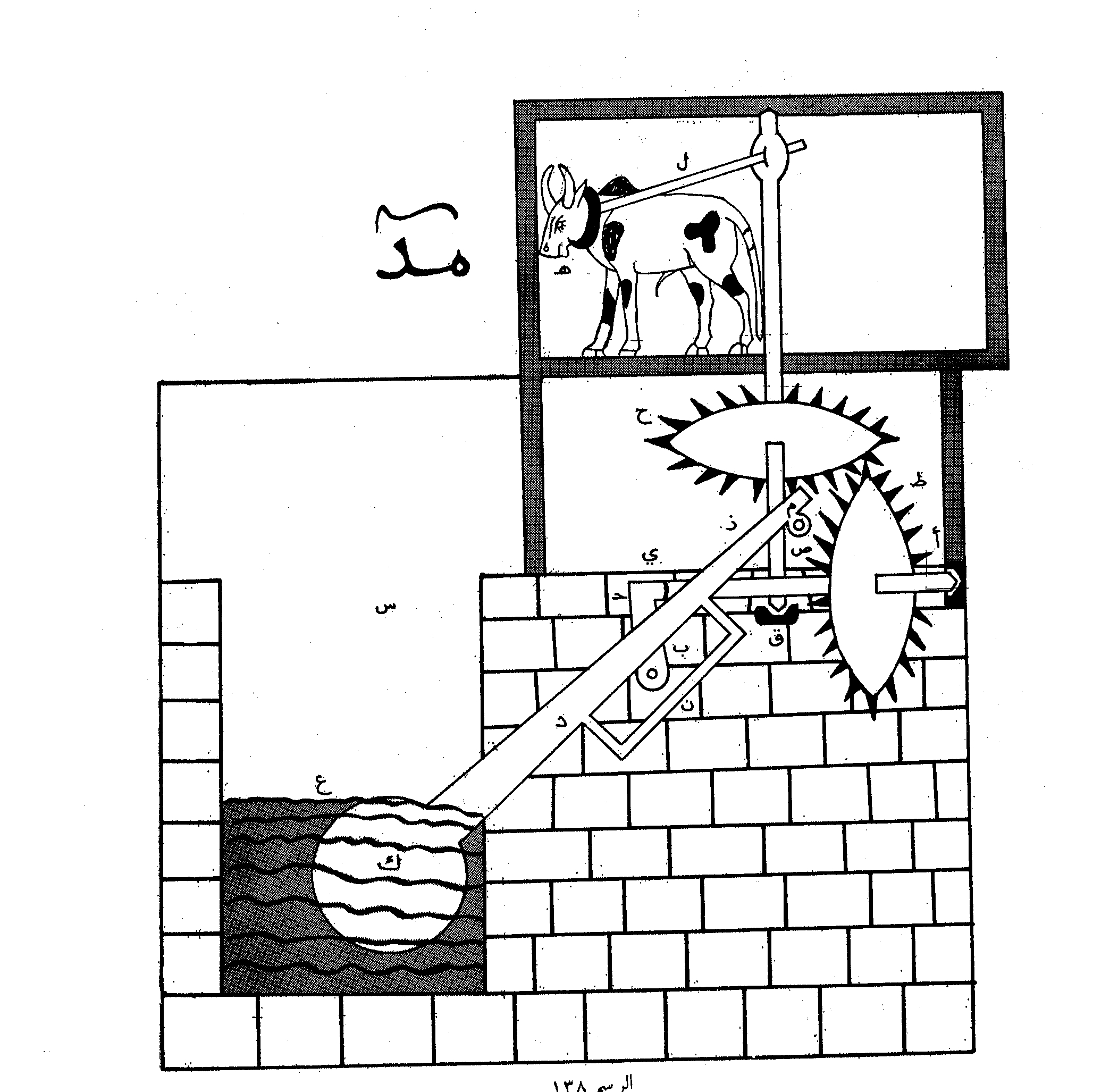 As the animal walks in a circle the horizontal axle is turned by the gears and the end of the crank slides in the hinged connecting rod causing it to oscillate around its hinge and thus causing the swape to rise and fall. Fig 3 is a line drawing of the mechanism for this machine.[5]

The other pump in which the crank-connecting rod system was used is al-Jazari’s piston suction pump (his fifth) which we discussed under the title The Origin of the Suction Pump in this site. We reproduce the illustration of this pump for convenience (Fig 4). We give also the illustration of a similar pump described by Taqi al-Din in 1551 A.D.[6] 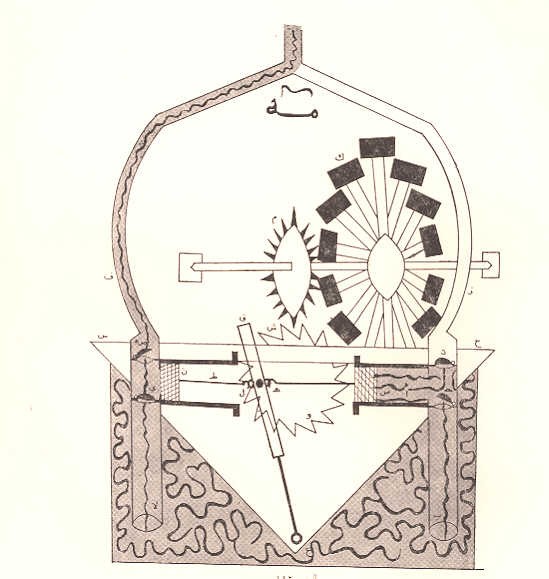 [6] Al-Hassan, Ahmad Y., Taqi al-Din and Arabic Mechanical Engineering, with an offset copy of MS Chester Beatty No. 5232, Institute for the History of Arabic Science, University of Aleppo, 1976, pp. 38-42